Congrats, you have an all male panel!

http://allmalepanels.tumblr.com/ shows that it is not only an Austrian phenomenon that mostly men are asked about their views on management, politics, education, science or whatever is important for leading companies and nations. Despite of the fact that half of the world’s population is female and despite of the fact that it is mostly the work and the knowledge of women that make life worth living. It’s mostly the women who educate the kids and take care of the family’s home and decent existence. And besides all that most women are the breadwinner in the house, at least they get some income that the family needs to survive.

Unfortunately 2015 in Austria was again a year with lots of  panels without any woman. Male panelists – and also one new announced provincial government – were discussing or even deciding future developments. 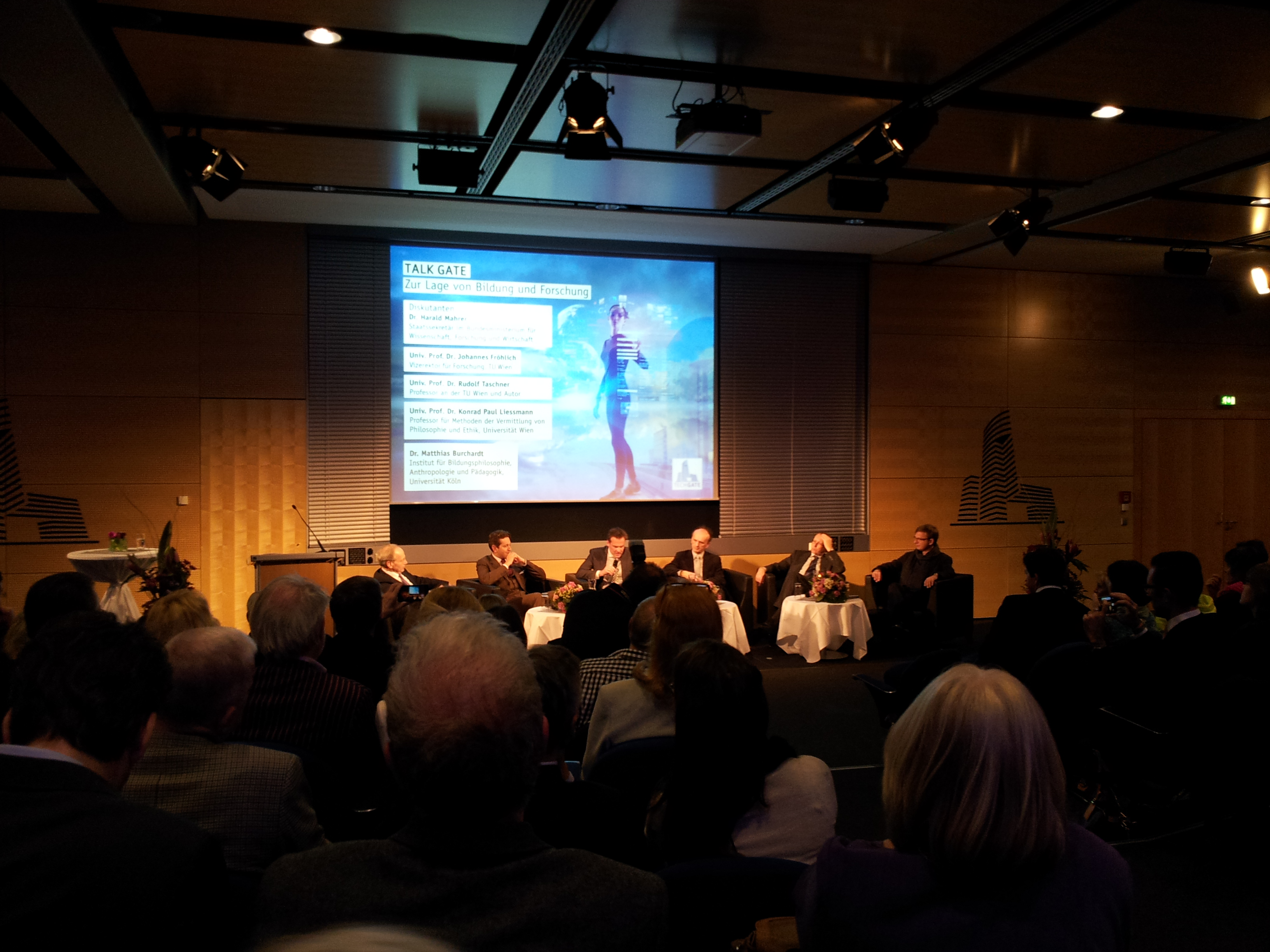 I wonder how mankind will be able to create a better future without women.

The views of women are most important to all form of panels, governance, seminars and events, when a realistic perspective on issues is needed; see for example WOMEN WITHOUT BORDERS or Roots for Life.

Get started now  and do support the presence of women on panels and in decision-making on all hierarchy levels!